on October 21, 2019
Since arriving to Spain, we have lived in four different apartments. Since August 30th, we have moved eleven times. It has been interesting, to say the least. Becoming accustomed to new apartments, new neighborhoods, new grocery stores, and new parks every week requires flexibility, which I am quickly learning.


I've also had to learn what to buy in a grocery store when I will only be somewhere for one week. Care to know my typical list? Here goes: bacon, milk, butter, iberico ham, iberico cheese, rice, dried beans, small olive oil, oatmeal, Spanish tortilla, olives. Things like bread, meat, fish, and fruits and vegetables can be bought as needed from various smaller stores, though I do buy them initially at the larger grocery stores. The lovely thing about Spain (and perhaps much of Europe) is all the specialized stores. Meat stores, fish stores, charcuterie stores, bread stores, fruit and vegetable stores, coffee shops, and other various eating and bar establishments. I love that the small businesses  here have not perished due to mega corporations.

Our meals have been rather repetitive, but delicious. When I have to learn again and again where things are and where I am, I find the meals stay pretty simple because I don't have more space in my brain to cook more elaborately. (Although, I'm pretty sure any elaborate cooking went out the window once I had kids). Below is one of our typical meals: giant white beans and rice cooked in broth, sauteed vegetables, and Spanish tortilla (though we often have meat or fish). Unique to the meal below is the addition of fish soup made with homemade fish broth.

I love all of the bakeries and coffee shops. Honestly, it's a lot of temptation for me. But I've found I can comfortably eat bread here and not have any side effects. Now I just have to not eat too much! Among my favorite things to eat and drink are pan con tomate (bread with olive oil and tomato puree on it), bocadillos (sandwiches made from French bread with cured ham, cheese, or bacon), and a cortado (similar to espresso; sometimes with a dash of hot milk).

The happy news is that we have found a permanent apartment. It is absolutely perfect, and I will post soon about it. But for now, here are a few recipes to taste your way to Spain.

Unless you own an espresso maker, you will have to go to a cafe and order an espresso. I like a double. Ask them to put some steamed milk in it, but not too much. You want to get that rich, espresso flavor.

If you do own an espresso maker, just brew yourself a double espresso. Put it in a small cup, if you have one. Steam some milk. Add just a little bit to the espresso. Taste it. It should taste rich and creamy and a little bit like dark chocolate.

I like how David Lebovitz describes the delight of cafe cortado.

Here is a video showing you how to make pan con tomate.

And, if you want to practice your Spanish skills, here is another video in Spanish showing pan con tomate plus garlic.

Jonathan said…
Gosh that description of a cortado is dreamy. Drinking my second K-cup coffee at work - not the same!
November 7, 2019 at 11:01 AM

Rebekah Kuk said…
@ Jonathan Yes. Not quite the same as sitting outside with the little cup on a saucer, a small spoon, and a little packet of sugar to add, if you wish. Maybe if you close your eyes while you drink your K-cup, you can kind of imagine it.
November 7, 2019 at 11:23 AM 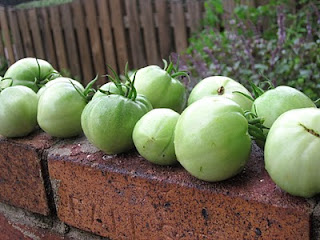