Hello everyone! Please excuse my absence over the past few weeks. I've been taking a break from blog posts after my frenzied baking during the 12 Days of Food adventure (which was a lot of fun, by the way). I'm back and ready to post more of the best recipes to grace my plate.

In case you haven't noticed, most of the recipes I've been posting are lacking something that most Americans eat most days: meat. And it's something that Justin and I have decided to eat much less of, and sometimes (gasp!) not at all. We've become (drumroll, please) SUSTAINATARIANS! What in the world is that, you ask? Different than a vegetarian, a "sustainatarian" is one who eats a mostly plant-based diet with occasional sustainable meat, meaning that it is locally and humanely raised. Since sustainable meat is a bit pricey, Justin and I eat it once a month. For the rest of the time, we get excited about veggies. (A sustainatarian can also refer to buying fair trade, organic coffee, tea, and chocolate, along with organic and union-made or fair trade clothing and gifts. It's all about making decisions based on the good of the environment and treating people fairly).

There is a local place that raises bison called Gunpowder Bison & Trading. They are nice to their animals, practice rotational grazing so the land doesn't wear out, and don't use any hormones or stimulants. I think we paid $6 for a pound of ground bison, which is not outrageous, but still not something we'd like to add to our weekly food budget. I encourage you to try and find similar sustainable sources of meat in your area. Look for poultry, beef, bison, and even eggs and cheese. It's pricey, but it's costlier to support a broken system, no matter how cheap their meat is. In the warmer months, join an organic food co-op. For a set fee, you get a weekly cornucopia of whatever fresh produce is in season.

So, in honor of sustainable meat, cold weather, and spicy chili, I give you this recipe. The original version from Men's Health Magazine (just stumbled upon it, really) calls for ground turkey and pumpkin, which is equally delicious. But, did you know that bison meat has lower fat content than poultry? I was shocked, too. This recipe has a nice spice to it. If you find it too much, you can lessen the spices or add 1 cup of water to the finished product. It's a thick chili, so the water won't mess with the texture very much.

1) Coat the bottom of a large stockpot with 3 Tbsp oil and heat it to medium. Add the onion and garlic, and cook until translucent. Turn up the heat to medium-high and add the bison, oregano, cumin, Chipotle powder, and paprika. Cook until the bison browns. (NOTE: Due to its lower fat content, bison cooks more quickly than ground beef, so keep a close eye on it.) Add the beer, tomatoes, sun-dried tomatoes, balsamic vinegar, rice, and vegetable stock (or bouillon). Bring to a boil, cover, and reduce heat to medium-low. Simmer for 40 minutes.

2) In a separate bowl, toss the butternut squash or sweet potato cubes with 2 Tbsp olive oil, salt and pepper, cocoa powder, and half of the chopped cilantro. Spread the cubes on a baking pan and bake them at 350°F for about 20 minutes.

3) Test the rice in the chili after 40 minutes of simmering to make sure it's done. If the rice is still a bit crunchy, simmer for about 20 minutes longer. Add the cooked pumpkin mixture to the chili pot with some salt and pepper and the remaining cilantro. Serves 6 or more.
Bison Chili Dairy-Free Dinner Lean Protein Soup Sweet Potatoes Whole Grain 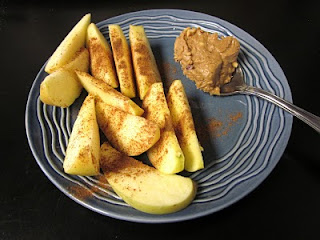