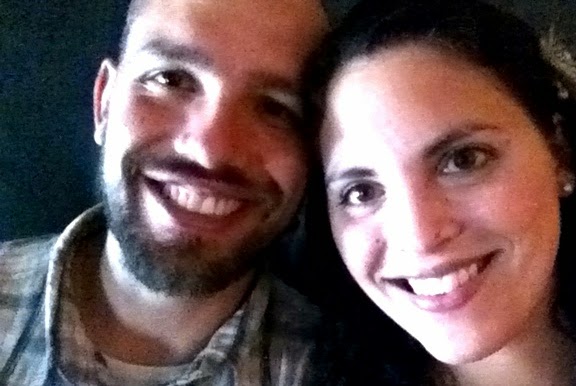 On Saturday, June 28th, Justin and I celebrated our six year anniversary. When I say "celebrated," what comes to mind? Romantic dinner, wine, time alone...nope. We actually forgot to say happy anniversary to each other until about 1 pm that afternoon. Here is how our day went.

We had planned to go to "country club" at the city pool. It is a lovely outdoor pool about a mile from our house. For a $30 summer membership, we get morning lap swims during the week, all-swim hours in the afternoons, and country club on Saturday mornings. That means they drag out chairs and put up umbrellas and put music on. We take turns swimming laps while one of us plays with Evelyn in the shallow end of the pool.

But a fellow board member had a work thing come up and was unable to run the farm stand that morning. Justin offered to do it because it needed to be done, and because we are invested in our neighborhood farm. I was disappointed that we couldn't all go to the pool together, but understood that it was important to help out. Evelyn and I went to the pool anyway and had a nice time.

Afterward, the two of us, Evelyn and I, went up to the Hampden farmer's market and visited our friend who runs Two Boots Farm. We just started this wonderful bartering arrangement where she gives me surplus veggies every week, and I cook her two freezer meals in exchange. We excitedly swapped meals and veggies. This week I gave her a zucchini barley cheddar casserole, and bok choy with tofu and rice. She gave me two huge boxes of kohlrabi greens. The kohlrabi bulbs didn't form, and she didn't want to sell just the greens, so I got them. They are just like Russian kale. I brought them home, planning to stem, wash, and blanch them that evening.

When Justin came home after running the farm stand, I said, "Oh yeah, happy anniversary!" He said the same. I went to get a haircut. When I got back, Evelyn was very relieved to see me, because she was feverish and just wanted mommy. I spent the rest of the afternoon playing quietly with her, holding her, and pretty much doing whatever she wanted. She needed extra attention, and I didn't mind giving it.

Except...she did not want to go to bed that night. So many times, I held my feverish girl and her eyes fluttered closed. "This is it," I thought. "She will go to sleep, I will take her up, and then get started on the greens." No. She got a second wind, then a third, then a fourth. After I gave her a fever reducer, she was back to her old self. 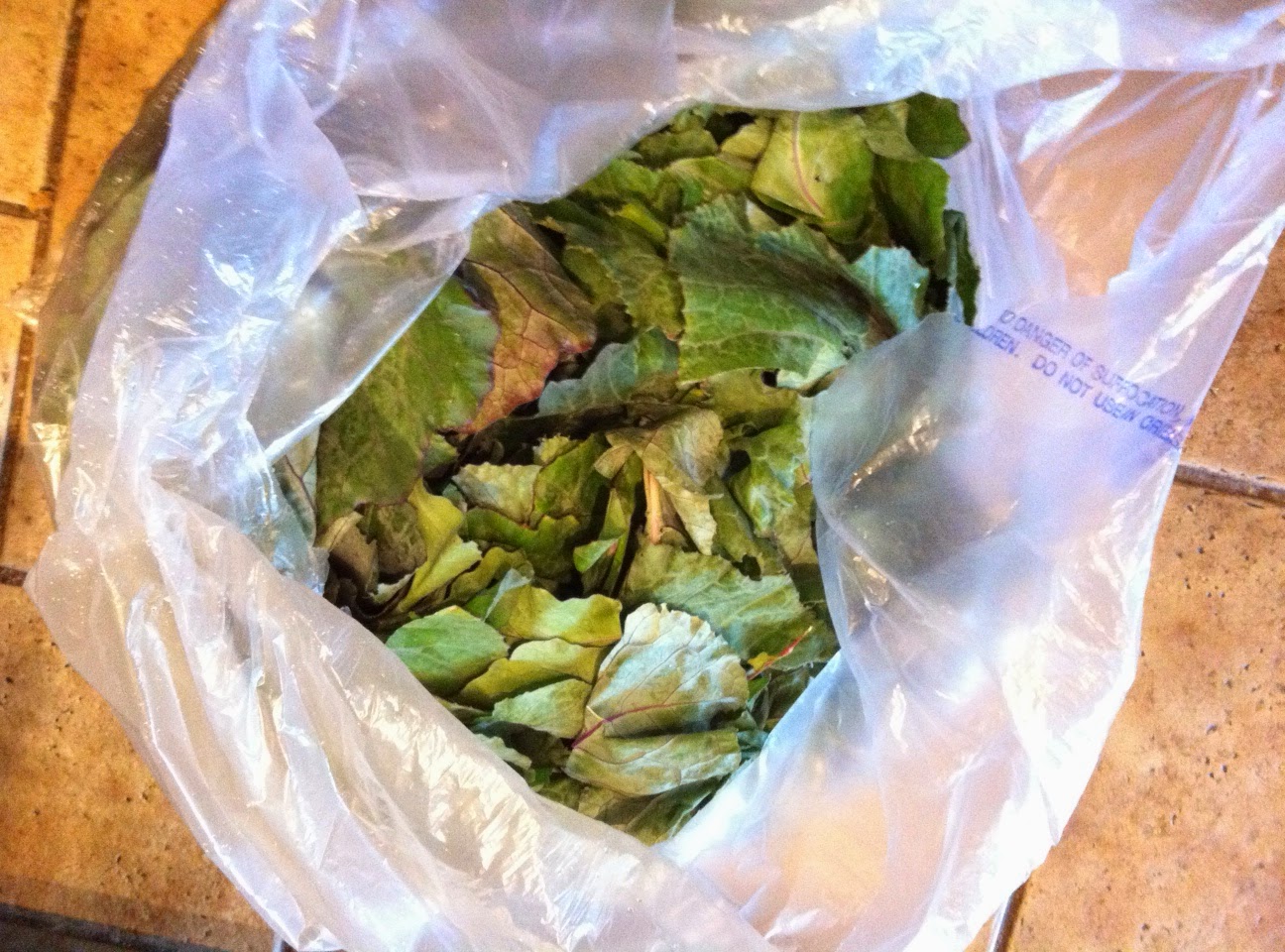 Justin put some worship music on and started stemming the greens. Eventually I joined him. Evelyn ran around playing in a shirt, no diaper, and shoes ("sooz"). We had a surprisingly good time worshiping God, laughing at Evelyn, and talking about how crazy it was that we were stemming greens at 9:30 pm on our anniversary.

We stemmed the last kohlrabi leaf after 10, shoved the two trash bags full of greens in the fridge (I can't believe they fit), and then we spent nap time the following day washing and blanching them. They are now in our chest freezer. Thirteen pounds. 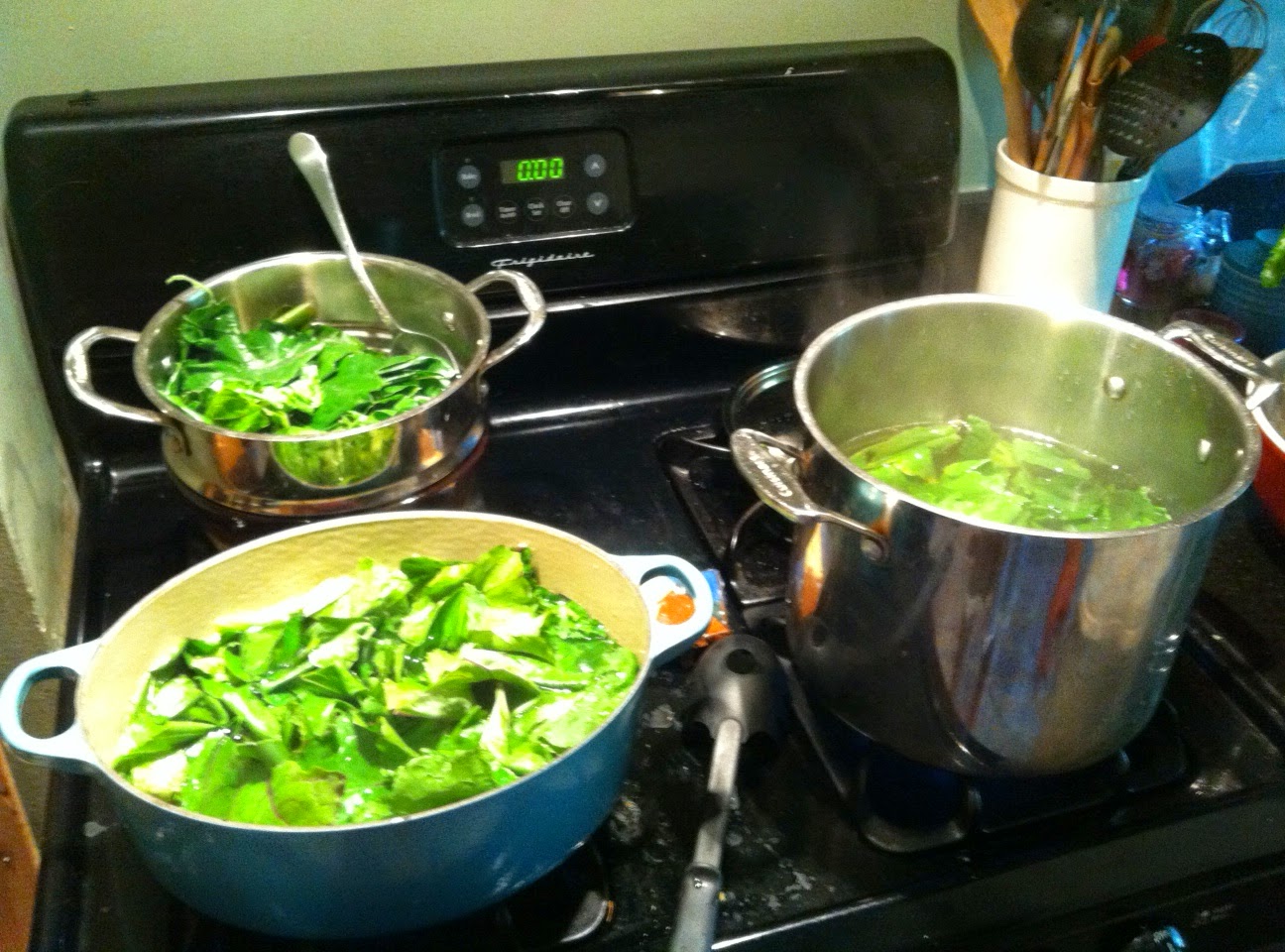 I reflected on our odd anniversary day, and I came up with some parallels to a good marriage. Bear with me.

1) Marriage takes sacrifice. Justin sacrificed pool time with the fam to help out for something he believes in. It was worth doing. It is worth making little sacrifices for each other to keep a marriage healthy.

2) Marriage takes commitment. I had told Evelyn all week that we were going to the pool on Saturday, so that's what we did, even though daddy couldn't join us. A good marriage means committing to each other and following through on what you say (unless, of course, you need to make a sacrifice for something -- see #1).

3) Marriage takes nurturing. All afternoon I had to nurture Evelyn. I didn't plan on her being sick. I just had to give her extra attention because she needed it. Have you ever had your spouse, or a good friend, be extra needy? It pays to give them extra attention and encouragement when they need it. Don't be selfish, be giving.

4) Marriage is worth preserving. So I got all these amazing greens. Thankfully Justin was willing to help me preserve them. He understood that putting work in now would mean tasty greens throughout the winter later. In the same way, it is important to preserve a marriage by putting in effort in an ongoing basis. This will ensure the marriage lasts into the next year...and the next...and the next.

This was our most unusual anniversary yet. But we didn't mind. We will certainly enjoy those greens in the dead of winter, and laugh about preserving them.

How to Blanch Greens:

1) Heat a large pot of water to boiling. Stem greens by tearing out the tough stem.

2) Wash greens. Since we had such a huge volume, I cleaned our kitchen sink really well, filled it with cold water, and plunged the greens in.

4) Have a bowl of ice water ready. Plunge hot greens into ice water to stop the cooking process.

5) Squeeze out excess water, weigh your greens (if you want), and pack them into freezer bags.

Mix washed greens in pan with some coconut milk and curry paste. Let simmer until tender.

Put some butter in a pot. Add washed and dried greens and fold over, cooking the butter into the greens until tender. Add salt. This is so simple and delicious.