"Hablas español?" the sweet-faced Puerto Rican gentleman asked me in Hope Depot. Evelyn and I were out getting a Christmas tree. "Sí," I responded. Thinking I was also Puerto Rican, he initiated a conversation to coo over Evelyn and use his native language. I was eager to practice my second language. We chatted about where he worked (the kitchen at Mercy hospital), how I wanted Evelyn to be exposed to Spanish, and how his grandchildren, sadly, don't speak the mother tongue.

I majored in Spanish in college, spent a semester in Costa Rica, then a year in Nicaragua. I had an internship advocating for immigrants, where I used Spanish. Why, then, many years later, do I shy away from speaking it? I feel I have lost so much of it, but it is all still there, ready to tumble out if I make the effort.

I have a few friends who also know quite a bit of Spanish, and one who knows it as a first language. We've said for years, "We should get together and speak Spanish!" So finally, I took the plunge. "Come over for s'mores and Spanish!" I told my friends. They came. We spoke. It was awesome.

Matt built the fire. Candice made lovely almond muffins. Andrea and her friend Marcela brought stuff for s'mores, and I made tea and cocoa. We sat around, talking about anything and everything, in our beloved español. Every so often there would be a pause and a request for how-do-you-say- such and such. But over all the conversation flowed so nicely, and the range of basic beginner to absolutely fluent worked well. 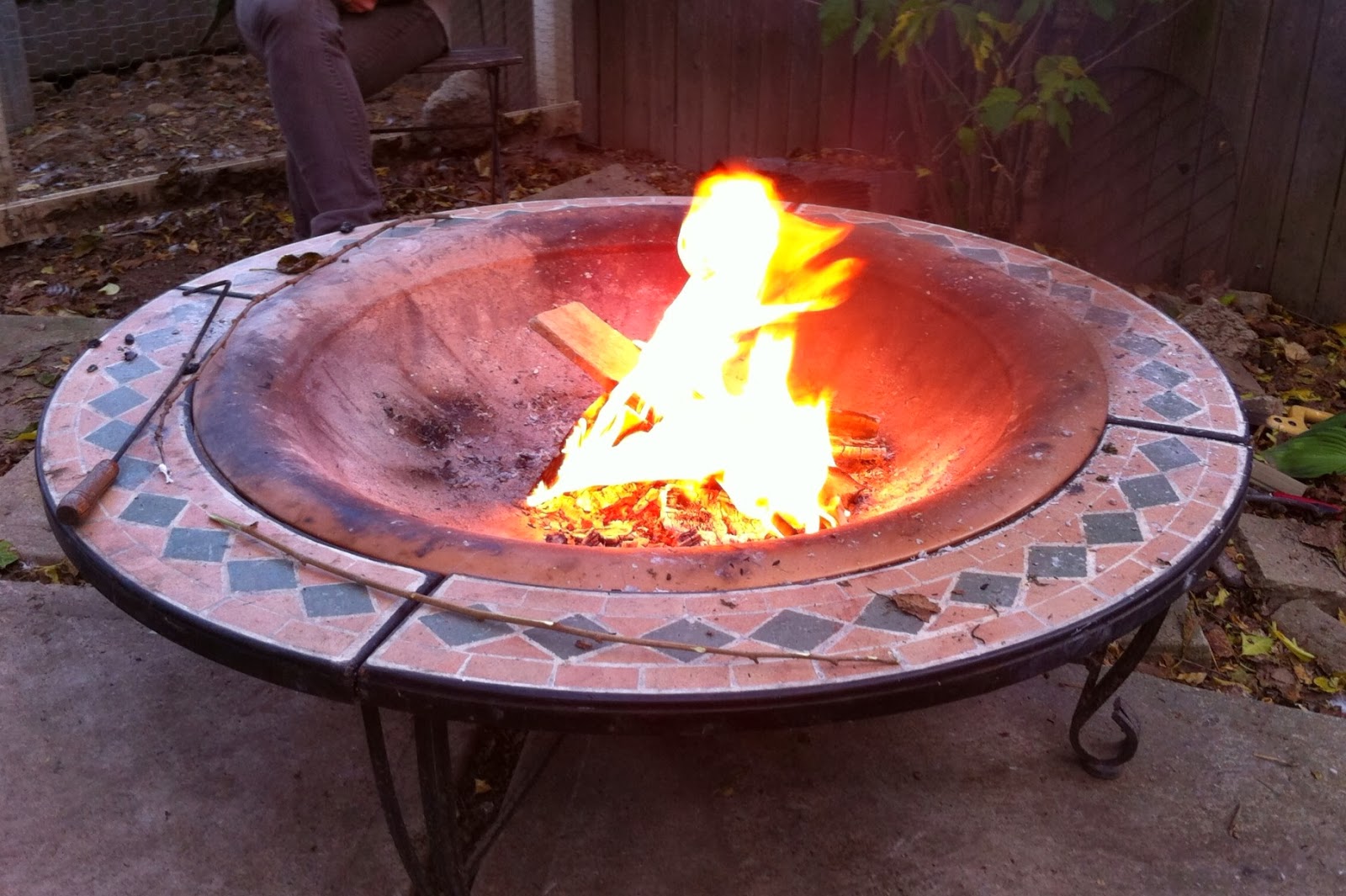