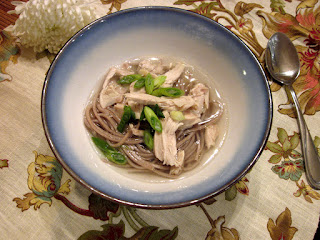 The chicken soup I grew up on had carrots, celery, and onions, sometimes rice, and good chunks of chicken. The stock did not stand out in my memory, but of course it was there, supporting the ingredients floating in it. I always liked chicken soup, but never gave it much thought.

I had dog-eared a ginger chicken broth recipe in Bon Appetit a couple of months ago, then forgot about it until a friend mentioned he had made it and it was excellent. Determined to give it a try, I gathered up the simple ingredients: onions, celery, carrots, lots of ginger, a small chicken. It simmered happily on the stove and smelled wonderful. When I tried it, it tasted healthy and pleasant and full of all things wholesome. 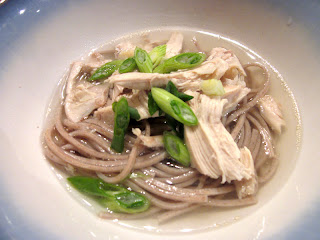 The recipe says to shred the chicken, place in bowls, then pour the broth over top. This was good, but a little plain for my taste. The next time around I added soba noodles and garnished with sliced scallions, which gave it a nice Asian twist. You know what else would be great? Toasted sesame seeds and a drizzle of toasted sesame oil.


You’ll have extra broth on hand that you can use in future recipes or have plain as part of a cleansing diet (if you’re into that sort of thing). As far as the amount of chicken, Justin and I finished it in two meals, which I believe turned out to about 6 servings of chicken soup. 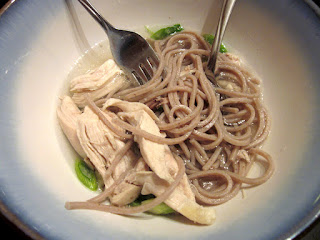 Mmmm, this sounds delicious, Becky! Quick question: is it really 6 quarts of water? I don't know if I have a stock pot that large!

Yeah, it is quite a bit of water. You can use less, though, and you'll just end up with a more concentrated stock. Which isn't a bad thing if you have limited freezer space.

Good to know, thanks! I don't have much freezer or stock pot space, so I'll try out the concentrated stock. :) 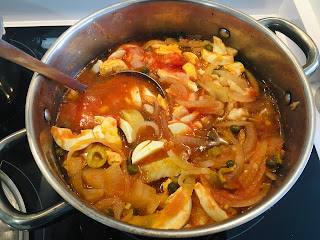